There was some kind of festival happening in Gijon with the revellers still making a huge racket when we were waking in the morning. Bert tried to find a shop selling fresh bread but nothing was opening until 10am so we decided to get going and make our way to Cudillero. This was a small, and allegedly very pretty, old fishing port less than 40 miles along the coast from Gijon, but on leaving the port we found a fairly hefty 3 metre swell had developed from the strong winds of the previous day. Apart from being quite uncomfortable, we anticipated difficulties getting into Cudillero as the entrance was narrow, relatively shallow and would require a 90 degree turn across the swell to enter. Having dodged around a tanker taking on its pilot as we left Gijon, we quickly decided that discretion was the better part of valour and we re-planned to go to Aviles.

This was a disappointment as we had arranged to meet 2 old friends, Mike and Julie Moody who had been on a motorcycle tour of Portugal and Spain and were returning to Santander along the coast. A quick phone call changed the rendezvous and we made our way to Aviles. Reeds Almanac, the bible of all the coastal stuff had very little information about Aviles. The pilotage book was a little more forthcoming but quite depressing as it described a bleak industrial town with little to recommend it. Making our way into the river, that is exactly what we found. Mercifully we were sheltered from the swell, but the river was lined with big ship moorings, piles of coal and was a total contrast to most of the attractive harbours that we had visited. 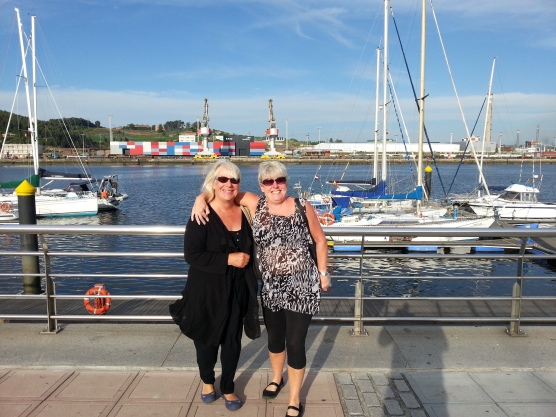 Jac and Julie in Aviles

We found the visitors berths near the town and moored up waiting for Mike and Julie to arrive. They found us with no difficulty and we decided to walk into town for dinner. “Quel surprise!” as they say in France. The town of Aviles was a very pretty old place with lots of life, teeming with people and a great selection of bars and restaurants (no mention of that in the books). 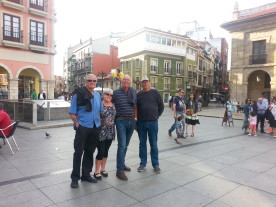 After a good wander around we found a great restaurant with some space and had a very good meal. After stopping for an ice cream on the way back to the boat we helped out some people who were struggling to get their launching trailer up a ramp. Mike and Julie had not been able to find an hotel so they stayed with us on the boat, although Mike was so nervous that someone might pinch his bike that he slept in the cockpit. It must have been uncomfortable as he is 6 feet plus and the benches are barely 5 feet long! 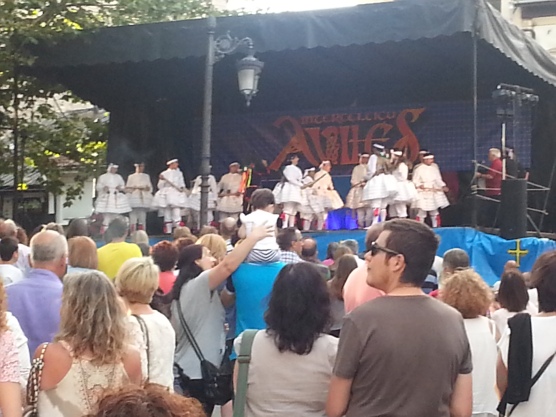 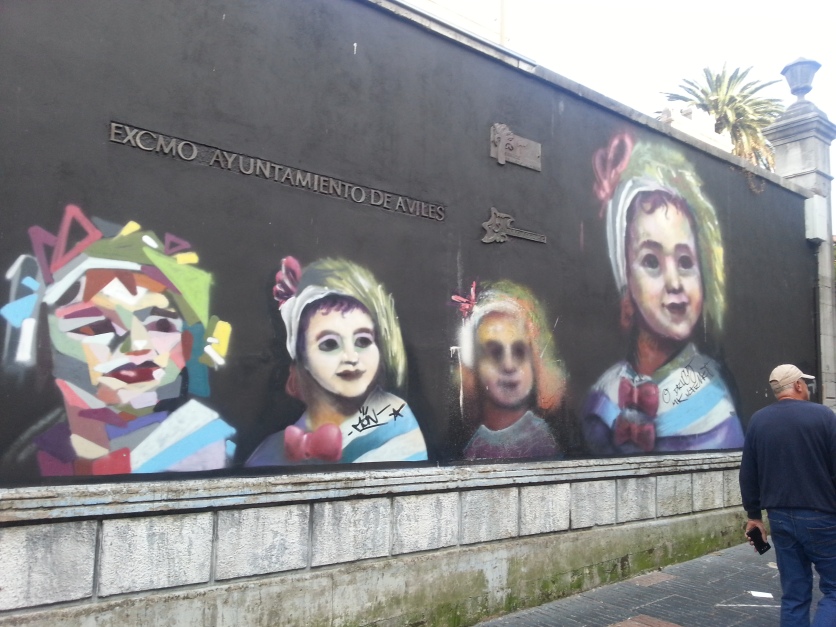