By 2nd October all our guests had arrived and were firmly ensconced in various hotels around the Rock or using “Synergy” as a temporary base. Sarah, Jacquie’s daughter, had arranged a night out which was supposed to be a secret from Jac and I, but as so much had to be organised from a distance and we were on the spot, most of the arrangements were known to us. Indeed, Jac and I, at great expense to our livers, had done some “research” to determine suitable venues.

The original plan had been to stage Hen and Stag parties at different locations on the Rock, but we seemed to have lots of hens and few stags; some of our guests were not arriving until late on the pre-wedding evening. Therefore a combined party was arranged. What we hadn’t expected was the “sailor” theme. Sarah had brought with her some fancy dress hats and Naval collars, sufficient for all the guests to wear for the night out. 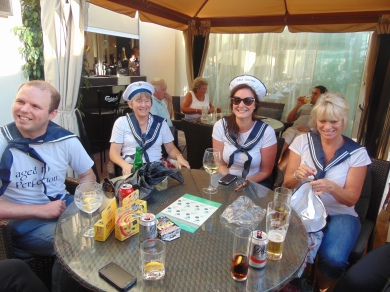 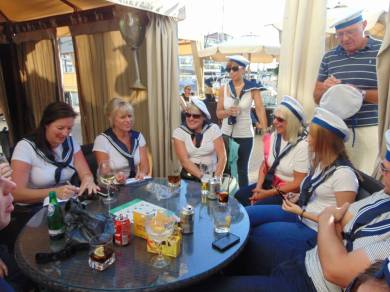 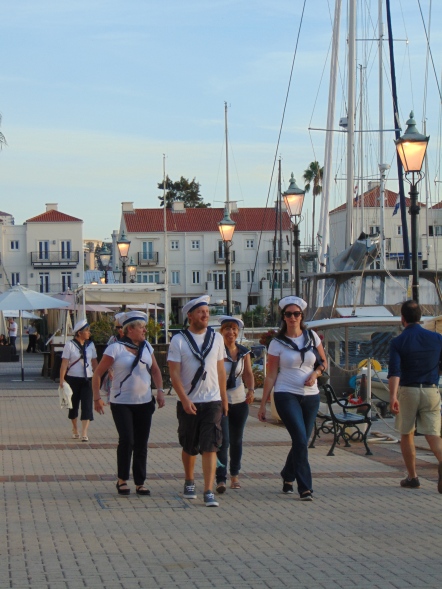 Suitably dressed as sailors, with slogans drawn on our hats and feeling very silly, we met at The Lounge, a bar conveniently placed 2o yards away from the boat, and made our way to The Clipper, a restaurant in Irish Town. After a very good meal, we walked around the corner to the Jazz Café in Chatham counterguard to continue the party. This was a bit flat and we were considering moving on, when the owner asked us what all the sailor hats meant. I explained what was going on and he asked if he could borrow some hats to photograph his bar staff in for publicity purposes. I struck a deal whereby he could borrow the hats if he would turn off the dirge-like music that was playing, put on some Dixieland Jazz and turn up the volume. 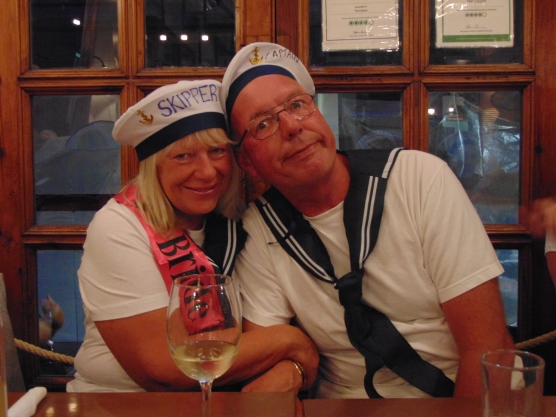 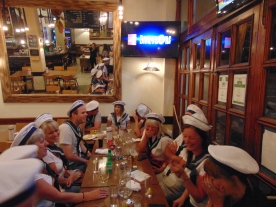 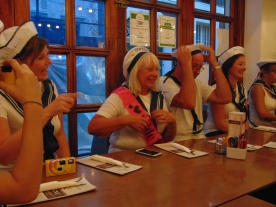 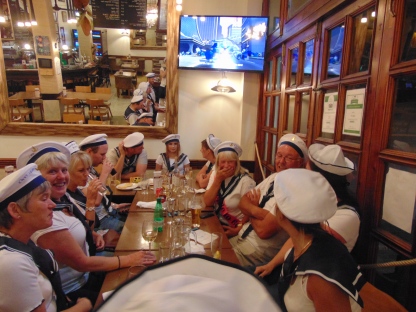 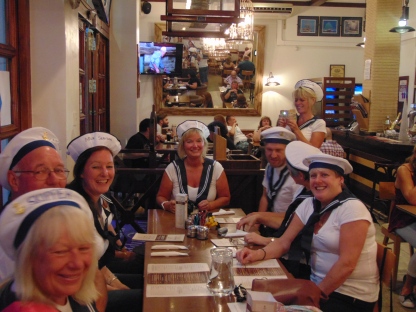 After that the party went with a bang and we had an outstanding evening with much merriment all round. 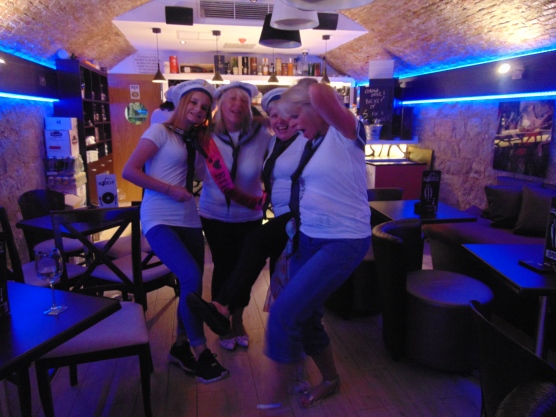 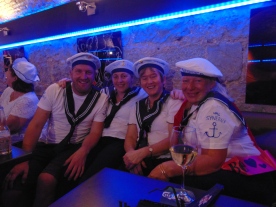 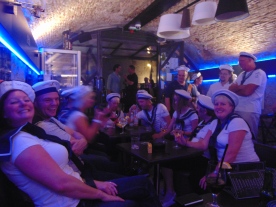 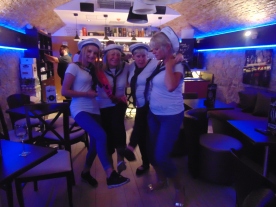 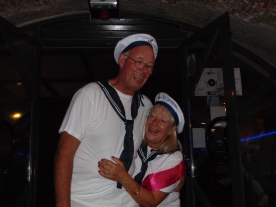 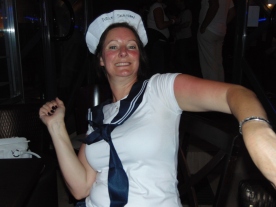